Volunteers, join the hive!
Airtickets at lower price provided by the Congress Official Airlines
Airtickets by other airlines 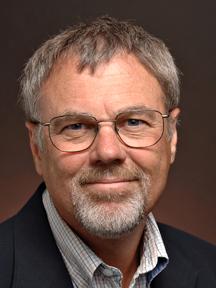 Robert E. Page is Vice Provost and Dean of the College of Liberal Arts and Sciences and Foundation Professor of Life Sciences at the Arizona State University. He was Founding Director of the School of Life Sciences at Arizona State University and Chair of Entomology at the University of California, Davis. Currently focusing on the evolution of complex social behavior, Robert E. Page has published more than 200 research papers and articles on population genetics and social behavior. He received the Alexander von Humboldt Senior Scientist Award, was elected to the Leopoldina - the German National Academy of Science. He is Elected Foreign Member of the Brazilian Academy of Science, a Fellow of the American Association for the Advancement of Science, Elected Member of the American Academy of Arts and Sciences, and Fellow of the Institute for Advanced Study Berlin.

Thomas D. Seeley is Biology Professor at the Department of Neurobiology and Behavior at Cornell University. He received his PhD from Harvard and was Fellow at the Society of Fellows at Harvard, Professor at Yale University and at Cornell University. He was Visiting Fellow at the Institute of Advanced Study Berlin and Visiting Professor at the University of Wurzburg. Thomas D. Seeley is author of prominent books “Honeybee Ecology”, “The Wisdom of the Hive: The Social Physiology of Honeybee Colonies”, and “Honeybee Democracy”.  Thomas D. Seeley received the Alexander von Humbold Distinguished U.S. Scientist Prize, was awarded the Guggenheim Fellowship, and received the Gold Medal Book Award by Apimondia for his book “The Wisdom of the Hive: The Social Physiology of Honeybee Colonies”. He was elected Fellow of the Animal Behavior Society and Fellow of the American Academy of Arts and Sciences. The most enduring award of Thomas D. Seeley is the species of bee named after him: Neocorynurella seeleyi.